What Makes Godzilla Movies One of the Most Sought After Franchises? 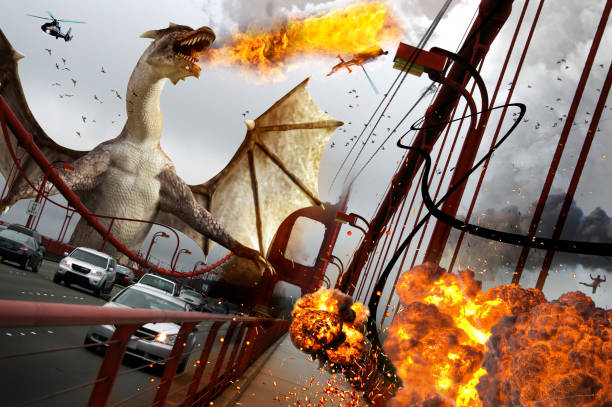 Godzilla movies are one of the most popular and well-known franchises in cinema history. People love watching these giant monsters destroying entire cities, and the films always seem to do very well at the box office.

But what is it about Godzilla movies that makes them so popular? Read on to look at some of the reasons why these movies in “Godzilla eras” have been so successful over the years.

Godzilla is a Japanese movie monster that first appeared in Ishirō Honda’s 1954 film with the same title. Since then, it has become an icon, appearing in various books, television shows, video games, and movies.

The character is commonly depicted as an enormous, prehistoric creature awakened from its long sleep by nuclear radiation. Toho Co., Ltd. has produced thirty-eight movies. The Japanese studio initially created the character. Although the franchise has seen its share of ups and downs over the years, it continues to be one of the most popular and enduring movie franchises.

Top Movies under the Franchise

Here are the top five movies in the franchise:

1) “Godzilla” (1954): The original Godzilla is a classic of the genre, and it set the stage for all the subsequent movies in the franchise. The creature is a terrifying force of nature that attacks Tokyo in this movie. The movie was groundbreaking for its time, and it’s still highly entertaining today.

2) “Godzilla vs. King Ghidorah” (1991): This is one of the most popular movies, and it features an epic battle between Godzilla and three other monsters: King Ghidorah, Mothra, and Rodan. The special effects of this movie were impressive at the time, making it very successful in the box office.

3) “Godzilla vs. Mechagodzilla” (1993): In this movie, Godzilla faces off against his robotic doppelganger, Mechagodzilla. The two monsters put on a fantastic show in a movie filled with suspense and thrills.

4) “Godzilla 2000” (1999): This movie was a big hit with Godzilla fans, and it features some of the best special effects in any of the franchise’s films. In this movie, it does battle with an alien creature called Orga.

5) “Godzilla: Final Wars” (2004): This is again a great movie, and it features an all-out war between Godzilla and a host of other monsters. The movie is packed with action, and it’s sure to please fans of the franchise.

What Makes Godzilla Movies So Popular?

There are few movie monsters as iconic as this one. First appearing in the 1954 film of the same name, the creature has been featured in over 30 films and has become a pop culture icon.

But what is it that makes “Godzilla eras” so popular?

One reason may be that he represents human fears of the unknown. Godzilla is initially presented as a dangerous and destructive force in many films but eventually, the people in the audience come to learn that he is just misunderstood. He is often portrayed as a victim of human aggression, and viewers can’t help but feel sympathy for him.

Additionally, the special effects are awe-inspiring. Even in the early films, audiences were wowed by the sight of a giant monster stomping through cities and smashing everything in his path. In a way, watching these movies is like living out fantasies of destroying everything around us.

So, here’s to Godzilla, the king of the monsters! May he continue to entertain and terrify us for many years to come.